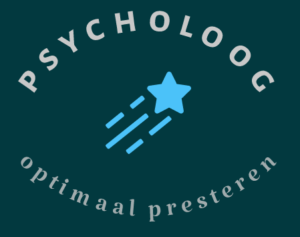 This paper summarizes data from a review of neurofeedback (NFB) training with 150 clients with Asperger’s Syndrome (AS) and 9 clients with Autistic Spectrum Disorder (ASD) seen over a 15 year period (1993-2008) in a clinical setting. The main objective was to investigate whether electroncephalographic (EEG) biofeedback, also called neurofeedback (NFB), made a significant difference in clients diagnosed with AS. An earlier paper (Thompson et al. 2009) reviews the symptoms of AS, highlights research findings and theories concerning this disorder, discusses QEEG patterns in AS (both single and 19-channel), and details a hypothesis, based on functional neuroanatomy, concerning how NFB, often paired with biofeedback (BFB), might produce a change in symptoms. A further aim of the current report is to provide practitioners with a detailed description of the method used to address some of the key symptoms of AS in order to encourage further research and clinical work to refine the use of NFB plus BFB in the treatment of AS. All charts were included for review where there was a diagnosis of AS or ASD and pre- and post-training testing results were available for one or more of the standardized tests used. Clients received 40-60 sessions of NFB, which was combined with training in metacognitive strategies and, for most older adolescent and adult clients, with BFB of respiration, electrodermal response, and, more recently, heart rate variability. For the majority of clients, feedback was contingent on decreasing slow wave activity (usually 3-7 Hz), decreasing beta spindling if it was present (usually between 23 and 35 Hz), and increasing fast wave activity termed sensorimotor rhythm (SMR) (12-15 or 13-15 Hz depending on assessment findings). The most common initial montage was referential placement at the vertex (CZ) for children and at FCz (midway between FZ and CZ) for adults, referenced to the right ear. Metacognitive strategies relevant to social understanding, spatial reasoning, reading comprehension, and math were taught when the feedback indicated that the client was relaxed, calm, and focused. Significant improvements were found on measures of attention (T.O.V.A. and IVA), core symptoms (Australian Scale for Asperger’s Syndrome, Conners’ Global Index, SNAP version of the DSM-IV criteria for ADHD, and the ADD-Q), achievement (Wide Range Achievement Test), and intelligence (Wechsler Intelligence Scales). The average gain for the Full Scale IQ score was 9 points. A decrease in relevant EEG ratios was also observed. The ratios measured were (4-8 Hz)(2)/(13-21 Hz)(2), (4-8 Hz)/(16-20 Hz), and (3-7 Hz)/(12-15 Hz). The positive outcomes of decreased symptoms of Asperger’s and ADHD (including a decrease in difficulties with attention, anxiety, aprosodias, and social functioning) plus improved academic and intellectual functioning, provide preliminary support for the use of neurofeedback as a helpful component of effective intervention in people with AS.